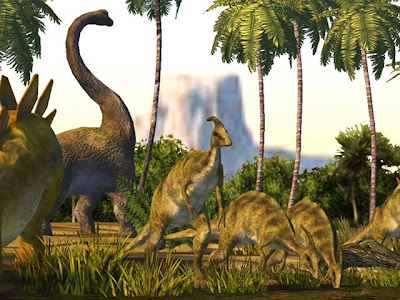 According to Wikipedia, “A typical species becomes extinct within 10 million years of its first appearance although some species, called living fossils survive virtually unchanged for hundreds of millions of years. Most extinctions have occurred naturally, prior to Homo sapiens walking on Earth: it is estimated that 99.9% of all species that have ever existed are now extinct.”

The Endangered Species Act (ESA) was passed in 1973 at the height of the period in which Congress became enthralled with any legislation purported to save the planet and to regulate anything and everything that had to do with the environment. It is a complete failure.

In 1999, Jamie Rappaport Clark, then the director of the U.S. Fish and Wildlife Service (FDS), told a congressional committee that “…in 25 years of implementing the ESA, we have found that designation of ‘official’ critical habitat provides little additional protection to most listed species, while it consumes significant amounts of scare conservation resources.”

Former congressman, Richard W. Pombo, then the chairman of the House Resources Committee and a member of the Agriculture Committee, said, “For a federal agency to admit its program provides little benefit while consuming huge resources translates in normal English to a program that is useless at best.” He was right then. He is right now.

Why then did the Associated Press report in September 2011 that “The Obama administration is taking steps to extend new federal protections to a list of imperiled animals and plants that reads like a manifest for Noah’s Ark—from the melodic golden-winged warbler and slow-moving gopher tortoise, to the slimy American eel and tiny Texas kangaroo rat.”

The Obama FDS “already had issued decisions advancing more than 500 species toward potential new protections under the Endangered Species Act.” Among the species selected for protection were 35 snails from Nevada’s Great Basin, 82 crawfish from the Southeast, 99 Hawaiian plants and “a motley cast of butterflies, birds, fish, beetles, frogs, lizards, mussels and more from every corner of the country.”

The answer is that the ESA was never about endangered species. It is a blunt instrument of environmental groups and those within the federal government to delay development anywhere in the nation. Almost 1,400 species on the government’s list are listed as “threatened” and none of them can be expected to avoid extinction, a natural process that cannot be impeded by human intervention.

The absurdity of the ESA can be seen in a recent request by Oregon officials for who received permission to kill sea lions that feed on “protected” salmon trying to swim upriver to spawn and now want permission to kill a sea bird, cormorants that dine on baby salmon trying to reach the ocean. The life and death cycle of salmon is as old as this species and those that prey on it for food to sustain their own lives. The Oregonians want to reduce the cormorant nesting colonies by ten percent.

Recall the outcry two decades ago that spotted owls were on the brink of extinction. The resulting action to protect them shut down a great swath of the timber industry in the northwest. It turned out that barred owls were preying on their cousins, again a natural competition between species. The Obama administration wants to set aside millions of acres to protect the spotted own and to authorize the killing of barred owls!

Little known is the fact that the government compensates the legal fees of environmental groups that bring action to get a particular species designated as “threatened” or “endangered.” It is a scheme to enrich those groups that has nothing to do with the question of extinction and everything to do with setting aside vast parts of the nation from any development or use.

In 2006, California had the second-highest number of endangered species—from the California condor to the Delhi Sands Fly. It led the lower 48 states in acres of officially designated critical habitat with nearly twenty percent of approximately 100 million acres in the regulatory clutches of the FWS. It will cost California millions in lost revenue, particularly from its agriculture sector which feeds much of the rest of the nation.

In 2006, a federal judge halted a $320 million irrigation project in Arkansas for fear it might disturb the habitat of the ivory-billed woodpecker that many believed had already gone extinct. The National Wildlife Federation and the Arkansas Wildlife Federation had jointed sued the Army Corps of Engineers, to stop a project to build a pumping station that would draw water from the White River. Among their claims was that the noise from the station would cause the woodpeckers stress!

The only species that is endangered is the human species as environmental organizations continue to deny access and use of American land needed for growing crops, raising livestock, mining and drilling for energy resources, and building any new improvements including hospitals and other properties that would contribute to the welfare of the human inhabitants of planet Earth.

Not only is the ESA a huge bureaucratic failure, it is testimony to the arrogance and evil intent of the environmental movement to harm any form of economic activity and growth in America.

It is their way of playing God despite millions of years in which the extinction of species has been part of life on the planet. If dinosaurs still roamed the Earth, the ESA would declare them threatened and endangered.