A Hurricane of Global Warming Lies 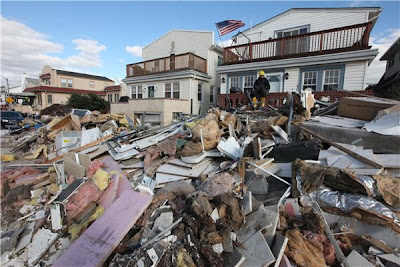 
At his recent press conference, President Obama, in response to a question, said “You know, as you know, Mark, we can’t attribute any particular weather event to climate change. What we do know is the temperature around the globe is increasing faster than was predicted even ten years ago.” That is a flat out lie. The temperature of the Earth has been cooling for at least sixteen years.


The devastation that Hurricane Sandy wrought defies the imagination, particularly for those on the East Coast where so much destruction was inflicted. It mirrored 2005’s Hurricane Katrina and it is only natural for people to believe there has been an increase in hurricanes striking the U.S. homeland, but there hasn’t.


Despite 2009’s “Climategate” that revealed that global warming is a hoax, many still believe it exists. In a letter to Fred Upton, the Chairman of the House Committee on Energy and Commerce on November 11th, meteorologists and climatologists joined to warn that “Global warming that has not actually occurred can scarcely have contributed much to vast destruction wrought by Sandy.”


Dr. Bill Gray, the nation’s expert on hurricanes, was joined by Dr. Willie Soon, Prof. Fred Singer, and Lord Christopher Monckton, a science advisor to Britain’s former Prime Minister, Margaret Thatcher, to say that “Hurricane Sandy was a freak storm, not the type of extreme weather event that climate scientists have said will become more frequent and more severe if we fail to reduce emissions of carbon dioxide.”


“After almost 16 years without global warming, there are still a few who implausibly try to blame this non-existent global warming for causing various weather-related disasters in the past two or three years.” The letter advised against holding hearings on the recent hurricane. “With the election behind us, we will have an opportunity to begin again and give this matter the attention it deserves—none at all.”
Writing in Forbes magazine, James Taylor, the Heartland Institute’s editor of Environment and Climate News, spelled out the actual record of hurricane activity in the decades prior to the global warming hoax which began in the late 1980s and since.


“The National Hurricane Center (NHC) provides information on major U.S. hurricanes during the past 100-plus years. According to the NHC, 70 major hurricanes struck the United States in the 100 years between 1911 and 2010. That is an average of seven major hurricane strikes per decade.”


In all the decades back to 1961, the 100-year average remained intact with major hurricanes ranging from as few per decade as four and as many as seven. Not a single decade varied from this.


In the decades since the 1980s when alarmists began warning of a major increase in the overall temperature of the Earth, claiming it would trigger major weather events like hurricanes, nothing changed. In the decades in which carbon dioxide emissions were said to be the cause, the average remained the same.


Taylor examined the preceding 50 years before “the alleged human-induced global warming crisis.” He spelled out the data from 1951 to 1920 that reveals that the 100-year average was unchanged.


Despite the global warming claims “during the past four decades, the time period during which global warming alarmists claim human-induced global warming accelerated rapidly and became incontrovertible, the fewest number of major hurricanes struck during any 40-year period since at least the 1800s.”


Despite this, the calls for carbon taxes are being heard; taxes that would affect all industry and businesses nationwide. Such a tax, already in place in California, would drive large scale manufacturing out of the nation and take with them hundreds of thousands of jobs. It would impact the nation’s utilities and drive up the cost of electricity, the life blood of the nation.
If Americans do not wake up to this threat, do not realize that hurricane activity has not increased, and realize, too, that the Earth has been in a cooling cycle since 1998, they will fall victim to the vast matrix of environmental organizations, government agencies, and the mainstream media that continues to spread alarm in the name of global warming and climate change.
© Alan Caruba, 2012
Posted by Alan Caruba at 5:57 PM