The Financial Collapse of America 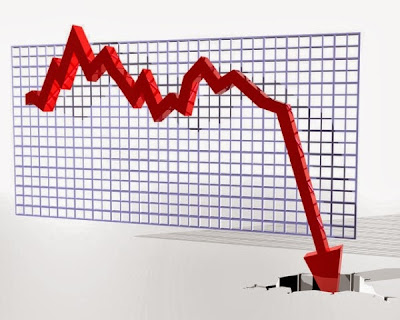 “The United States is in very deep trouble. First, the concept of repaying $16.7 trillion in debt is not even a remote possibility over the next 100 years, even if the government had small surpluses. Then, because the country is running such large deficits, the national debt is increasing and getting worse…much worse. In addition, the government is approximately $70 trillion in unfunded liabilities that have to be resolved.”

That’s Murray Holland’s conclusion in his book, “A Nation in the Red: The Government Debt Crisis and What We Can Do About it” ($28.00, McGraw Hill). As a longtime book reviewer, I have read a growing stack of books warning about a financial collapse, but Holland’s book is not only based in the actual debt, but is written in a manner that even a person who has no knowledge of this issue can understand.

The “market” Holland refers to is the market for America’s treasury notes and bonds, issued to cover our on-going budget and the interest needed to pay prior borrowing. In sum, the nation is spending more and borrowing more than it can afford. It has been doing this for a long time and the warning signs are places like Greece, Italy, Spain, Portugal and other European nations that, following World War Two, embraced socialism. America did so even earlier during The Great Depression and the decades since the 1930s.

Holland calls it a Debt Trap and conservatives know instinctively that the U.S. government is too large and too based in socialism to survive. “There are over 500 agencies and departments on the list and it does not even include all the agencies and departments created in the states under grant programs from the federal government.”  One can find the list at http://www.usa.gov/directory/federal/index.shtml.

“The list of social programs is long,” writes Holland, “but the four major categories driving America into the Debt Trap are income security (Social Security, welfare, and other related programs), healthcare (Medicaid, Obamacare, and Medicare), education, and housing,” noting that “These programs did not exist until after the Great Depression.” They came about as the result of a Keynesian view that government spending would lift the economy out of its doldrums, but government spending does nothing to improve the economy. It sucks money out of the economy and, more specifically, out of the pockets of individual citizens and the business community.

Americans born during and after the Great Depression have had eighty years living in a nation whose economic system is capitalism, but whose governance is socialism.
Despite nearly fifty years of a Cold War with the former Soviet Union (1945-1991), Americans have been blissfully ignored its intention of the communist intention to destroy capitalism and have accepted a vast matrix of social programs that now represent $70 trillion in unfunded financial liabilities. Even after the collapse of the Soviet Union, their plan “to overwhelm America with debt, welfare, and entitlements—in other words, to bankrupt America has continued unabated.

“This will cause the collapse of America and the government could then turn to pure socialism,” says Holland, noting that “Their scheme has been so well researched it has its own name: the Cloward-Piven strategy,”

It’s worth noting that, in addition to the socialist nations of the European Union, communism is still alive and well in Russia, China, North Korea, Venezuela, and Cuba to name just a few nations. And yet, even Russia and China have adopted some capitalistic measures, while ensuring strong, totalitarian central governments.

The level of danger has increased exponentially with the election and reelection of President Barack Obama whose namesake legislation, Obamacare, is already having a catastrophic effect on the economy while putting all Americans at risk for the loss of healthcare from individual physicians and hospitals. The legislation was passed by a party-line vote by Democrats and opposed by every Republican in Congress. Obama spent the years since signing it lying about it. That’s what Communists do.

It is what the vast bulk of the nation’s print and broadcast media is doing are doing as well. They are little more than echo chambers for the torrent of lies that Obama administration is telling Americans about the economy.

“During the first few years of the Great Depression, almost 2,300 banks were closed, manufacturing fell 46 percent, and wholesale prices fell 32 percent. Today, the United States has a reported unemployment rate of around 8 percent. During the Great Depression, the unemployment rate hit 25 percent.” With ninety million Americans unemployed, the figures cited by the federal government are a fiction.

The only thing that can save America is an increase in our Gross Domestic Product (GDP), selling more goods and services, enabling an increase in employment, coupled with a vast reduction in the enormous governmental regulation of business. The vast taxation of Americans needs to be reduced in order to permit them to retain and spend their earnings, make investments, start new businesses. The annual GDP is now less than what the nation earns.

The “redistribution of wealth” is a totally communist concept and it is the intent of the Obama administration.

The future of the nation depends on the outcome of the 2014 midterm elections and control of Congress by as many conservative candidates and office-holders is essential. The RINOs, Republicans in name only, must be replaced.

In the meantime, I recommend you purchase and read “A Nation in the Red.”