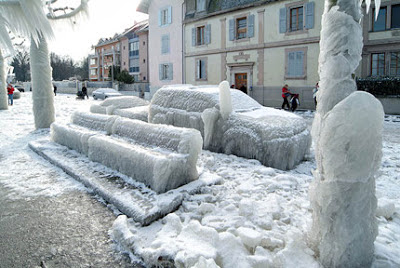 While the nation tries to come to grips with the cascade of scandals involving the Obama administration, a significant phenomenon has been occurring. It is the demise of the global warming/climate change hoax that has driven national and international policies since the 1980s.

Directed from within the bowls of the most corrupt international organization on planet Earth, the United Nations, the hoax originally generated the Kyoto Protocols in December 1997 to set limits on the generation of carbon dioxide (CO2) emissions. The UN’s climate charlatans claimed that CO2 was causing the Earth to dramatically warm. It was a lie. The U.S. Senate unanimously refused to ratify it and, in 2011, Canada withdrew from it.

As reported by Craig Rucker, Executive Director of CFACT, fast-forward to the recent UN climate talks in Bonn, Germany, and news that Russia, joined by Ukraine and Belarus, blocked the adoption of the agenda of the “Subsidiary Body for Implementation”, part of the standard fast-tracking toward a 2015 Climate Treaty scheduled to be adopted and signed in Paris. Part of the treaty is a scheme to redistribute the wealth of developed nations to those less developed.

The Russians were fed up with the usual behind-closed-doors proceedings that create such treaties, but no doubt they were well aware that the treaty would empower the UN to govern a large portion of economic activity around the world. All UN treaties require nations to surrender some aspect of their national sovereignty.

There is clearly a backlash against the global warming hoax, particularly from nations that have discovered the costs to their economies that idiotic “renewable” energy schemes and emissions reductions incur. In the real world, they are experiencing longer, harsher winters as the result of the cooling cycle the Earth has been in for the last seventeen years!

Despite President Obama’s incessant claims that the Earth is heating, scientists in both Russia and China have been publishing data from scientific studies disputing the Big Lie of global warming/climate change.

In May, Marc Morano, publisher of ClimateDepot.com and a former member of the staff of the U.S. Senate Environmental & Public Works Committee submitted written testimony to the committee. 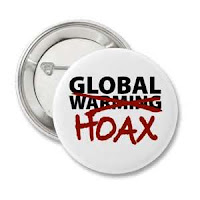 “The scientific reality is that on virtually every claim—from A-Z—the claims of the promoters of man-made climate fears are failing,” wrote Morano, “and in many instances the claims are moving in the opposite direction. The global warming movement is suffering the scientific death of a thousand cuts.”

“There is no evidence,” wrote Morano, “we are currently having any unusual weather.”  Weather events such as the Moore, Oklahoma tornado and the sub-tropical storm Sandy that hit the northeast are normal occurrences despite the damage they inflicted.

In The Wall Street Journal in May, Princeton University physicist Dr. William Happer and NASA moonwalker and geologist, Dr. Harrison H. Schmitt wrote that “Thanks to the single-minded demonization of this natural and essential atmospheric gas by advocates of government control of energy production, the conventional wisdom about carbon dioxide is that it is a dangerous pollutant. That’s simply not the case.”

Literally thousands of scientists around the world have disputed the IPCC “science” and many former “warmists” have reversed their former beliefs. Dr. Lennart Bengtsson, a top Swedish climate scientist, formerly affiliated with the IPCC, said in February “We are creating great anxiety without it being justified…there are no indications that the warming is so severe that we need to panic...

“The warming we have had the last 100 years is so small that, if we didn’t have meteorologists and climatologists to measure it, we wouldn’t have noticed it at all.”

The threat facing Americans is posed by the Environmental Protection Agency that clings to the Big Lie about CO2 and uses it as the basis for a flood of regulations that are doing great harm to economic recovery and development.

The same holds true for the Departments of Energy and the Interior that deny access to the nation’s huge reserves of energy resources and, in the case of coal, act to destroy its mining industry and plants using it for the generation of electricity.

The global warming/climate change hoax continues to be widely taught in the nation’s schools and that should end. Now.

It continues to be reported as truth by the mainstream media and as fodder for Hollywood movies and for television programs such as those on the National Geographic Channel.

Despite the lies surrounding global warming/climate change, the hoax is in its final death throes and has been for many years. That’s the good news.