It's a Matter of Distrust 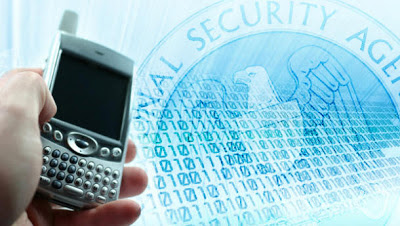 “If the people cannot trust their government to do the job for which it exists - to protect them and to promote their common welfare - all else is lost.” – Barack Obama, August 28, 2006

I am trying to think of a time when the federal government was distrusted more. The era leading up to the Civil War surely comes to mind. The deep enmity between the northern and southern states over the issue of slavery pushed the latter into secession. In retrospect, only war could have settled it.

The protests against the Vietnam War went on for years, but it was not an issue of trust, but of policy. They forced Lyndon Johnson to forego running for office again and continued through Nixon’s first term. It was Watergate, however, that raised the issue of trust and it was focused on the White House.

Nor can I recall a time when a matrix of revelations about government, i.e. executive branch, policies and actions, came together as they have regarding the use of the IRS to target conservative and other groups to make fund-raising difficult or impossible. Add to that providing their information to other groups opposing them is nothing less than criminal.

The actions of the Department of Justice to secure access to the phone records of Fox News reporter James Rosen involved deceiving a court into issuing a warrant. The seizure of the phone records of Associated Press editors and reporters was little more than intimidation in the name of finding a leak. An earlier DOJ scandal, “Fast and Furious”, an idiotic gun-running scheme to Mexican drug cartels, was hushed up with an executive order. If you can’t trust the DEPARTMENT OF JUSTICE, who can you trust?

Now, the leak by a former National Security Agency contractor employee has raised Fourth Amendment issues concerning the greatest data-gathering programs in the history of the world. It has made strange bedfellows of liberals and conservatives, both concerned about the implications of a government that can know everything about one’s personal communications.

It strikes me that, while the National Security Agency can vacuum up mindboggling amounts of data, the CIA is focused to spotting foreign dangers, the FBI is searching for terrorists, and the TSA is seizing laptops of iphones because some agent had a “hunch” about their owners, it proved incapable of identifying and preventing the Boston Marathon bombers.

In the aftermath of 9/11 a commission concluded that various intelligence and law enforcement agencies needed to actually share their information.

I have always had a sense of reassurance that these agencies and others such as those responsible for border control are made up of good people seriously trying to protect the rest of us. Those engaged in counter-intelligence need years to develop their skills and instincts. Those engaged in law enforcement know the limits and requirements for its exercise.

So the problem or threat of any corruption of their duties has to come from the very top of government where policies—schemes—are set in motion.

This is what lies at the heart of the mysteries surrounding the assassination of our U.S. Ambassador in Libya and the cover-up that ensued after the September 12, 2012 attack. To date, those Americans on the ground, some working for the CIA, have not been heard from with the exception of some State Department employees who delivered devastating testimony that almost instantly disappeared from further news coverage.
Even more troubling is the way the former UN Ambassador who was sent out to provide a bogus story about a video has been promoted to the position of the President’s National Security Advisor. Replacing her at the UN is an ambassador with a well-documented antipathy to Israel in particular and Jews in general.

What complicates all this for me is the knowledge that America has real enemies.

Despite the President’s assertion that al Qaeda is on the ropes, the facts on the ground suggest it is expanding throughout the Middle East. The Iranian proxy, Hezbollah, has not only taken control of Lebanon, but is actively engaged in support of the Syrian regime. It has the support of both Russia and Iran, and Iran is still in hot pursuit of securing its own nuclear weapons. The Chinese are engaged in a massive espionage program as, no doubt, the Russians as well.

So, yes, I want a vigorous, effective intelligence gathering and law enforcement community of U.S. agencies, but I worry that those who currently hold political power in the White House and the Senate do not have America’s interest in mind.

I worry that a generation that has passed through our government schools have not been taught the true history of the nation or an understanding of capitalism versus communism. I worry that they have been indoctrinated to believe that America is to blame for the attacks that have occurred and that conservative organizations seeking to uphold the Constitution and traditional values are the enemy. And that many of this generation work for the federal government.

The loss of confidence—of trust—in our nation’s institutions is evident. Barely six percent of likely voters have any confidence in Congress to represent their views.

A Rasmussen poll result announced on Monday says that, despite Obama’s reassurances, fully 68% of likely voters think that the government is listening to their conversations. A poll on Sunday indicated that 59% oppose the government’s secret collecting of phone records.

While the revelations about government scandals continue, there will be a continuing erosion of trust. At some point it will reach critical mass and one can only hope the forthcoming 2014 midterm elections will set in motion a reversal and permit power in both the Senate and House to be returned to true conservatives.

We can survive a President who has foisted Obamacare on us, who has weakened our nation’s position in the world, and who has failed to put our economy on a path to renewed prosperity.

The Republic cannot survive a government we no longer trust.