Living in the Government's Fishbowl 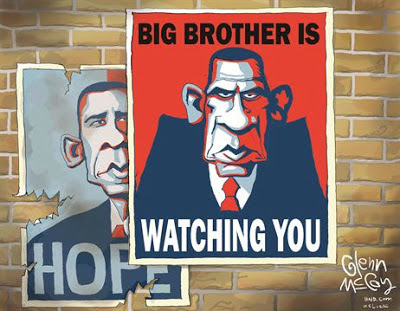 You have to wonder why all the data gathering by the National Security Agency, Homeland Security, and the FBI failed to identify and surveil the perpetrators of the Boston Marathon bombing? When even the Russians warned national security authorities about the Chechen brothers, Dzhokan and Tamerlan Tsaraev, they were reportedly interviewed and then ignored.

It is useful to recall the extraordinary fear that the 9/11 attacks generated. Americans were ready to accept any means possible to avoid further attacks. The Patriot Act came off the shelf and was enacted swiftly even though most members of Congress barely had time or perhaps even made the effort to read it.

On June 6, an unidentified “senior administration spokesman” said, “Information collected under this program is among the most important and valuable intelligence information we collect, and is used to protect our nation from a wide variety of threats.” The latest revelations about the scope of that intelligence gathering, combined with those about the misuse of data by the Internal Revenue Service, led The New York Times to say of the reassurances being offered—just trust us—“The administration has now lost all credibility”; amending that shortly after to “…on this issue.” Too late. You told the truth the first time.

The Times, along with many conservatives, was wary of the Patriot Act, saying it was “reckless in its assignment of unnecessary and overbroad surveillance powers.”

The Fourth Amendment to the Constitution says “The right of the people to be secure in their persons, houses, papers, and effects, against unreasonable search and seizures, shall not be violated, and no warrants shall issue, but upon probable cause, supported by oath and affirmation, and particularly describing the place to be searched, and the persons or things to be seized.”

S.T. Karnick, the Director of Research for The Heartland Institute, a Chicago-based, free market think tank, said, “The audacity of monitoring everyone’s phone calls in hopes of catching a small number of terrorists demonstrated the unconstitutionality and self-contradiction at the heart of the mass government surveillance. There is no probable cause for which to search any particular individual’s call records, merely a probability that someone somewhere used a telephone to assist in the planning or commission of a crime.” 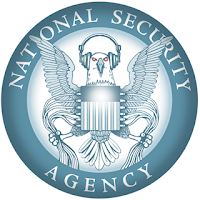 A report in The Guardian, a British newspaper, of the gathering of all phone data was followed on June 6 by a report in The Washington Post that “The National Security Agency and the FBI are tapping directly into the central servers of nine leading U.S. Internet companies, extracting audio and video chats, photographs, e-mails, documents, and connection logs that enable analysts to track one target or trace a whole network of associates, according to a top secret document obtained by The Washington Post.”

That document was leaked and if it were not for such leaks to the news media we would not know even a fraction of what the current and past administrations have been doing with regard to the invasion of the constitutionally protected privacy of Americans.

Dr. Yuri N. Maltsev, PhD, professor of economics at the A.W. Clausen Center for World Business of Carthage College, responded to a Heartland Institute invitation to address this issue saying, “Our Constitution is openly and brazenly violated and it reminds me of how Russians, Chinese, Cubans, and many many others lost their freedom and paid dearly with tens of millions of innocent lives.”

Seton Motley, president of Less Government and, like myself, a Heartland policy advisor, also responded to the invitation, saying, “This is just the latest example—but maybe the worst—of the Obama administration’s complete disregard for the Constitution and the freedom from government overreach it guarantees us. Here’s hoping the stunning totality of all we’ve lost will cause us to rise up and demand that it all be restored.”

We have learned that we now all live in a government fishbowl.

In the aftermath of 9/11 the Bush administration did what it thought must be done to avoid a comparable attack, but the Obama administration has turned the Patriot Act into an excuse to ignore the Constitution and impose a potential police state on all of us.

In a June 6 Wall Street Journal opinion by Elizabeth Goitein, a co-director of the Liberty and National Security Program at the Brennan Center for Justice, warned that “The most tangible problem is the invasion of American’s privacy. The so-called metadata collected by the NSA includes information about our calls, such as the numbers we call, the numbers of those who call us, when the calls were made, and for how long. This information may seem relatively trivial at first blush. Yet, pieced together, these details can paint a detailed and sensitive picture of our private lives and our associations.”

Add in the information gained from surveillance of our data on the Internet and you have NO privacy whatever.

It is time to increase restrictions on the way the IRS can use the information we are required by law or regulatory fiat to provide. Indeed, it is time to eliminate the income tax and replace it with a Fair Tax. It is time to remove the IRS from the enforcement of Obamacare and to repeal this noxious law.

It is time to overhaul the Patriot Act and to put strong limits on the capacity of the federal government to indiscriminately gather information on every U.S. citizen with massive data gathering systems in the name of national security.